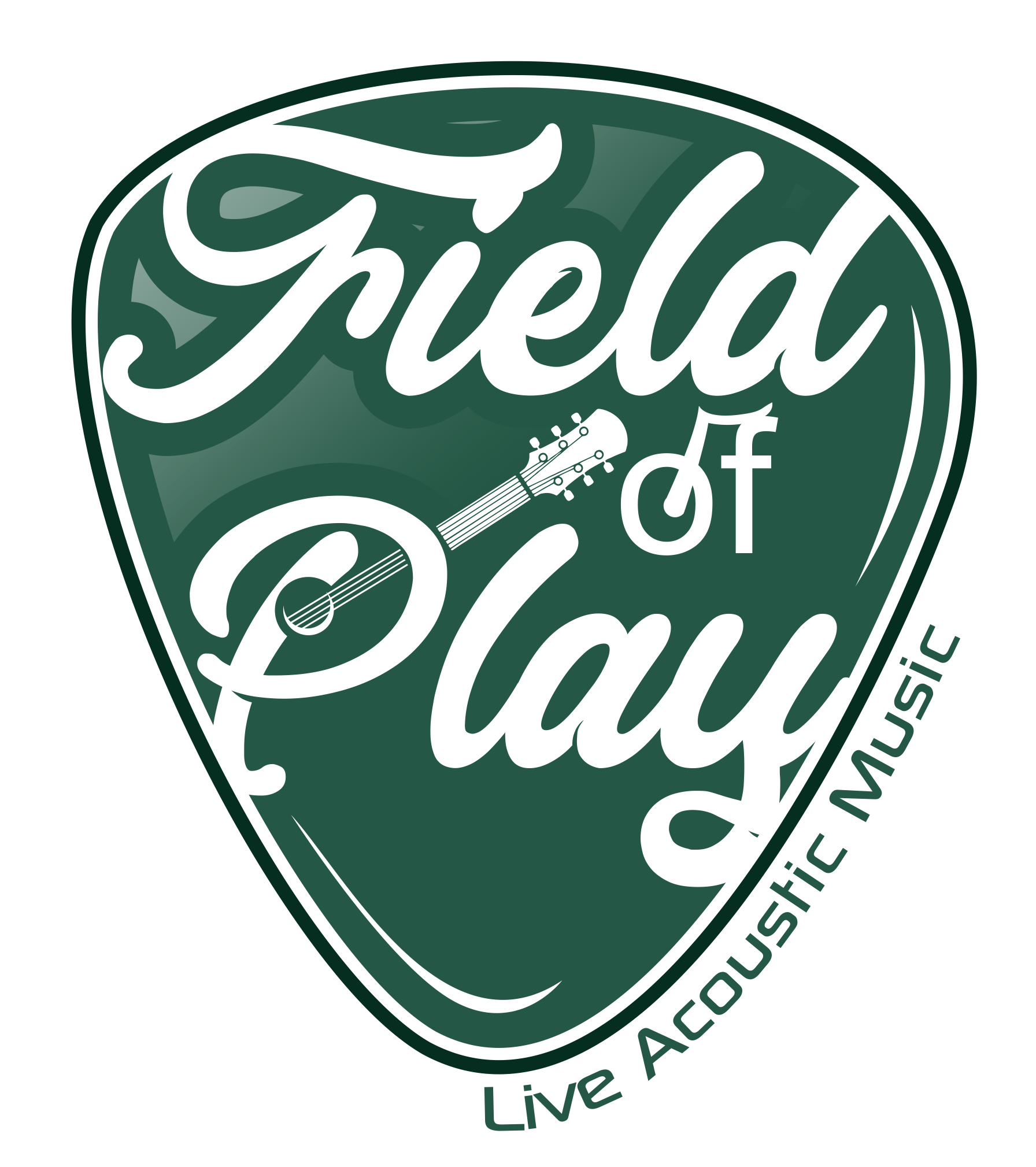 Here is some background on Neil, and the outstanding musicians with whom he frequently plays shows. You can book Neil as a solo artist, as a duo with any of the below musicians, a trio, or a full band!

Neil J. McGettigan: Neil is known for having powerful vocals, and is noticeably versatile when singing different genres of music. In his teenage years, he started in musical theater and then quickly transitioned into rock bands. He's taken vocal lessons from expert voice teacher Badiene Magaziner, and now goes in for the periodic vocal tune-up with Melissa Daley (Let There Be Rock School). Before starting Field of Play, Neil spent 16 years performing, writing, and recording with local favorite Redhead Betty Takeout, of which their final CD release led to regional radio airplay. During that time, Neil had the opportunity to work with amazing musicians, such as TV songwriter Mike Post, studio drummer John JR Robinson, studio musician Qura Rankin, local drummer Erik Johnson (Huffamoose/The Fractals), and Brian Bricklin, who produced the CD. More recently, he worked briefly with The Voice finalist, Audra McLaughlin. Neil plays frequent solo and duo shows at many bars, restaurants, wineries, and country clubs throughout the region. In addition to his acoustic shows, he is also the lead vocalist for Matt's Machine.

Vahe Sarkissian: Vahe is a graduate of the University of the Arts with a Bachelor’s degree in Jazz Guitar Performance and a Master’s degree in Music Education. He has been a full-time member of Music Training Center’s guitar faculty since 2007 and currently performs with award winning group The Sid Miller Band.

Vahe has performed at venues such as the Wells Fargo Center, BB&T Pavilion (formerly the Susquehanna Bank Center), the Tower Theater, the Electric Factory, the TLA, the Trocadero, and the World Café Live. In addition, he has opened up for artists such as The Roots, Slash, Shinedown, and many others. He was voted the Lead Guitarist in 93.3 WMMR’s Building the Band Contest where he was interviewed by acclaimed DJ’s such as Preston & Steve, Jaxon, and Pierre Robert, and even had a single on the radio.

In addition to his dedication to teaching, Vahe continues to perform in the Tri-State area at various events and venues. He specializes in genres such as jazz, rock, fusion, funk, pop, and middle-eastern music.

Ryan Valotta: Ryan attended Rutgers University, where he was an Art Major and Minored in Music. He is a mostly self-taught musician. Ryan studied music theory on his own and had lessons for one year with Scott McGill, a well-renowned jazz fusion player. Ryan started writing his own music at a young age; something he is still doing today. He came from a small original band scene and then turned to cover bands to make an income doing what he loves. Most notably, Ryan was the guitarist for Crystal Roxx, and still plays their reunion shows, and is with SideArm, one of the area’s best cover bands.

Dave “Shmade” Calabria: Dave started playing guitar at age 12. He tried taking lessons, but soon quit and preferred the self taught, playing-by-ear method. He played in his first band, “Jagged Edge”, at age 15 where he picked up his band mate’s bass, and a love affair was born. Dave started singing after high school, because SOMEONE had to, and he’s been a singing bass player ever since. Playing in many bands over the years, including Crosstown Traffic, the Longboys, Groove Place, Gangster Whitewalls, Shmade’s Buzz, and now Matt’s Machine, he has 35 years of experience behind him, so tip him a dollar.

Shawn Christie: Shawn has been playing guitar for over twenty years, and has been a staple in the local music scene for quite sometime. Participating in various endeavors from the cover scene to theater and show work, as well as regional touring and teaching has allowed him to grow and secure a respected reputation among the local elite. Over the years, he has been fortunate to share the stage with some of his heroes such as Guthrie Govan (Asia, Dizzee Rascal, The Aristocrats) Bryan Beller (Dethklok, Steve Vai) Alex Skolnick (Testament, Trans Siberian Orchestra) and Grammy winners Take 6.

After years of mimicking Eddie Van Halen, Steve Vai, John Petrucci, Joe Pass, and Allan Holdsworth, he finally realized that he would need some direction to reach the lofty goals he had set for himself. Shawn studied music formally at Rowan University. The time spent at Rowan helped to diversify his playing stylistically and was largely responsible for the development of the techniques that allow him to play more of the complex lines he has become known for.